The Kenyan Embassy in Thailand has sounded the alarm over the number of locals selling their land in a bid to secure lucrative jobs overseas.

In a statement released on Monday, August 22, the embassy clarified that the majority of opportunities offered by agencies operating in Nairobi for a fee were non-existent.

He added that the agencies were part of an international syndicate targeting unsuspecting job seekers around the world and left many victims and their families financially crippled.

Embassy of the Republic of Kenya, Thailand.

Furthermore, he revealed that the families also put their loved ones at risk as some of the agencies act on behalf of human trafficking cartels.

According to the embassy, ​​once Kenyans arrive in destination countries, their travel documents are withheld. This means that they cannot return home or seek help from consulates.

“Many innocent Kenyans have been victims of international human traffickers in the Association of Southeast Asian Nations (ASEAN) region, the number of which has been increasing in recent years.

“After being abandoned in Myanmar, without return tickets or money for food, their families are left with the burden of catering for their return home,” the embassy said.

In addition, a portion of Kenyans find themselves in areas controlled by rebel groups, where there is little or no respect for human dignity.

Leonard Ngeno, who claims he almost fell victim to the scam, noted that bogus recruitment agencies instead offer tourist visas to unsuspecting Kenyans.

However, for any Kenyan to work abroad, they need a work permit and a work visa. Consequently, those who travel abroad may come into conflict with the authorities of the host countries.

More and more Kenyans are leaving the country for work abroad. This is attributed to the large number of young people – 1.2 million – released each year into the labor market amid rising unemployment. 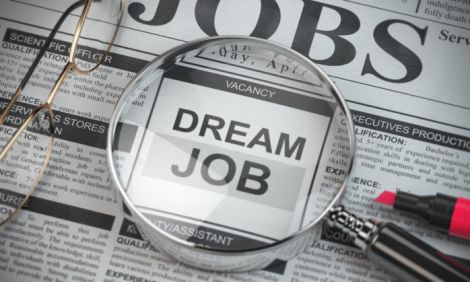 A creative illustration of job search.